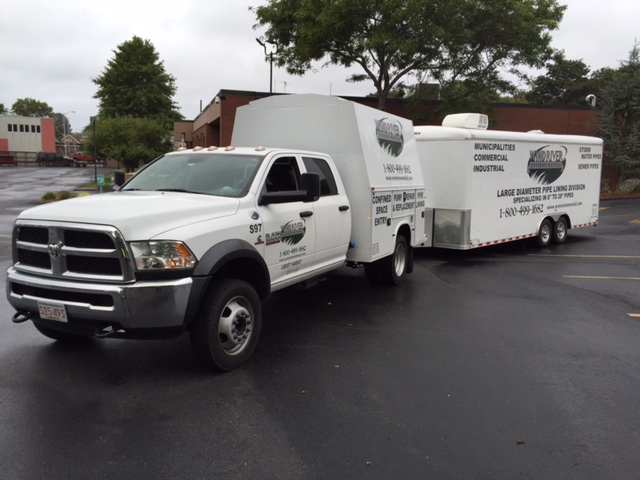 The Cambridge Department of Public Works (CDPW) is currently reveling in the success of its own big idea — the establishment of the Alewife Reservation Storm Water Wetland to help control combined sewer overflows.  An effective pipe and infrastructure maintenance plan also play an important role in CSO (combined sewer overflow) control. The CDPW’s Sewer Division inspects and clears obstructed sewer lines, cleans catch basins, repairs broken lines, and inspects and approves private connections to the public system. It’s also important to note the flatness of the region’s topography.  This means that some of the pipes going out to water bodies are subject to backflow from the rivers.

However, the city’s most novel approach to reducing combined sewer overflows has been the creation of the Alewife Reservation Storm Water Wetland, an engineered marsh. The engineered wetland project began with the creation of the city’s first hydraulic storm water model. The analysis identified the potential for a 3.5-acre detention pond to be located in the Alewife Brook Reservation conservation area. The caveat: The reservation is a state park managed by the Massachusetts Department of Conservation and Recreation. The CDPW worked closely with the state to create a design that supported the conservation area’s master plan. A detention pond constructed in the form of a wetland would be enhanced by the planting of original native plant species and the addition of walking paths through the new wetland. The wetland itself was designed as a multistage ecological filter. In the first stage, fine sediment settles in an articulated concrete block (with an artificial pool of water) where it’s later trucked out for disposal. Storm water then slowly passes through a vegetated swale before entering the main basin. The project was not only lauded by park users and educators, it also earned a National Recognition Award from the American Council of Engineering Companies and an Environmental Project of the Year award from the American Public Works Association.